10 of the Best Vegan Books to Read this Year

Looking for a good vegan book to read? Whether you’re after vegan books for beginners, a heart-warming animal story or a hard-hitting study on how eating animals can influence your health and the environment, here are 10 of the best vegan books to add to your collection. 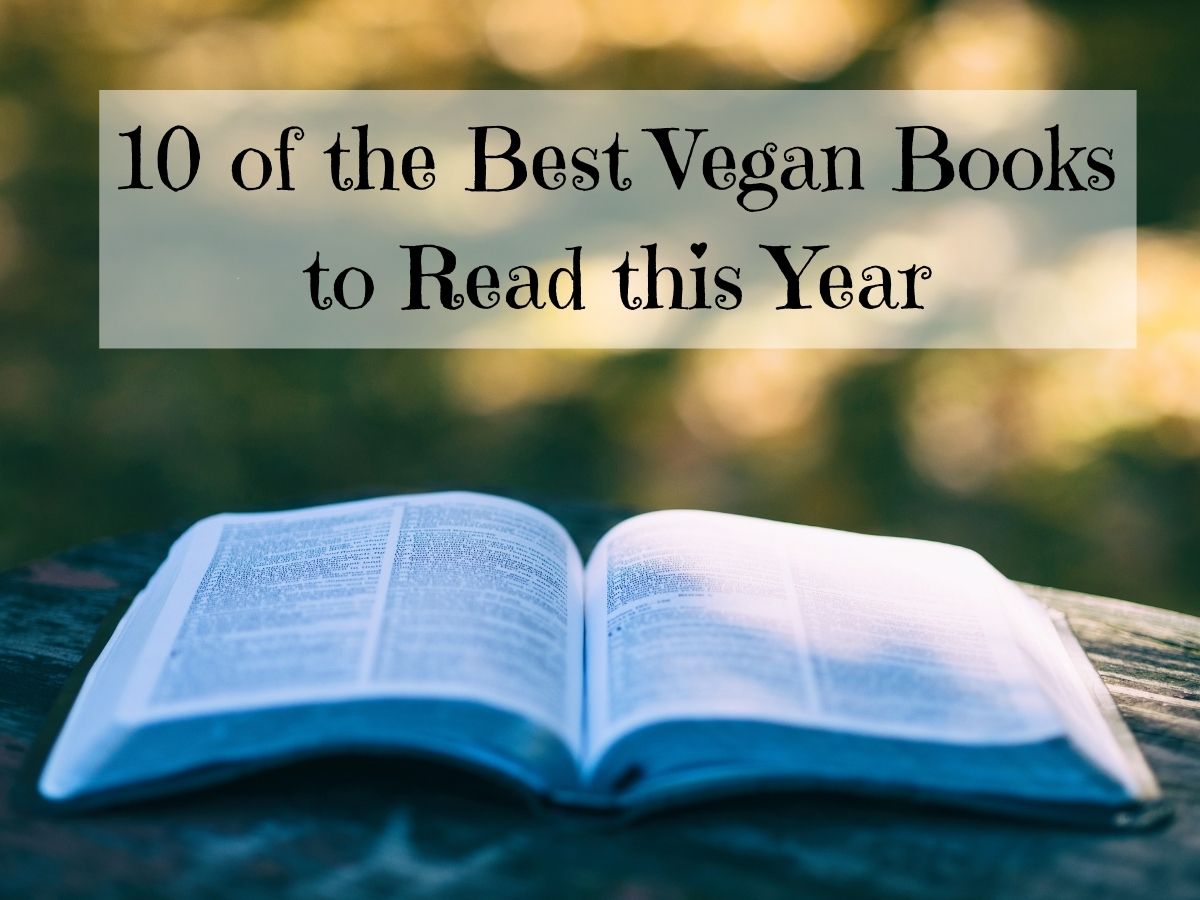 Eating Animals and We are the Weather

Author: Jonathan Safran Foer
Buy Eating Animals and We are the Weather

Jonathan Safran Foer may not be a strict vegan or advocate for a completely plant-based food system, but his books have done a great job of uncovering the atrocities of animal agriculture. Eating Animals, which was recently made into a top vegan film narrated by Natalie Portman, investigates the horrors of factory farming, including the genetic modification and cruel treatment of animals, as well as the risk of zoonotic diseases and exploitation of slaughterhouse workers.

Safran’s 2019 book, We are the Weather focuses on the link between animal agriculture and climate change. The book suggests that saving the planet begins at breakfast and we should all take collective action through changing our diet, even if that means reducing meat consumption rather than all-out abstinence. It may be slightly unsatisfying for vegans but this softer message could be more appealing to meat eaters not yet ready to go full veggie.

First published in 1975, this revolutionary book was instrumental in raising awareness about speciesism. Animal Liberation looks at how humans abuse animals for food and scientific research, illuminating how ethically indefensible this system is. The book was one of the first to pose the moral question of how we should treat non-human animals and explain why we should see them as sentient beings. The new edition of Animal Liberation has been expanded to include a discussion on factory farms and is a must-read for any vegan.

If you’re looking for a feel-good vegan book, you can’t go wrong with Esther the Wonder Pig. The bestselling non-fiction novel tells the story of Steve and his partner Derek who adopt Esther, a so-called micro piglet who turns out to be a full-sized commercial pig weighing 600 pounds. As they fell in love with Esther and discover how intelligent and loving she is, the couple realise that buying animal products supports exploitation and make the decision to go vegan. To better accommodate Esther, they buy a farm and open the Happily Ever Esther Farm Sanctuary to care for animals in need. This funny, moving tale follows their journey.

How Not to Die

Author: Dr Michael Greger and Gene Stone
Buy How Not to Die

Vegan medical legend Dr Michael Greger’s book How Not to Die tells you everything you need to know about plant-based nutrition. The New York Times bestseller uses peer-reviewed scientific evidence to show how most premature deaths can be prevented by adopting a vegan diet. Greger, a physician and lecturer, looks at the 15 top causes of death in America, which include heart disease, cancer and diabetes and explains how a change in diet can prevent and even reverse these conditions.

Why we Love Dogs, Eat Pigs and Wear Cows

In this book, social psychologist Dr Melanie Joy coins the term Carnism to describe the ideology that enables humans to eat some animals and not others. She examines how and why we are able to disconnect from our natural empathy for animals unless they’re pets and deemed culturally deserving of our love and protection. The book uses evidence of factory farming and animal agribusiness to show how corporations have sold us the myth that animals live on idyllic farms and looks into the terminology developed to create this cognitive dissonance.

30 Non-Vegan Excuses and How to Respond

London vegan activist (Earthling) Ed Winters, wrote this free e-book to help people advocate confidently for veganism. The book lays out 30 common excuses people use to justify not going vegan and provides logical responses. This includes how to respond to statements like: ‘It’s my personal choice to eat animals’, ‘But we have canine teeth’, ‘Veganism is unhealthy’ and ‘What if you were stranded on a desert island?’As with all Ed’s activism, the arguments are framed in a reasoned, positive way that’s more likely to persuade than antagonise.

This dystopian work of fiction has a strong vegan message, set 100 years in the future when factory farming and antibiotic overuse has led to mass extinctions and a food shortage. In this world, most animals and fish traditionally consumed by humans have disappeared and society is a mess of bad healthcare, social inequality and food insecurity (sound familiar?!) This leads to a system where the most vulnerable in society, largely those with mental and physical disabilities, are used as livestock. Animals: A Novel, is written partly as a history of farming in the 21st and 22nd centuries and partly through the narrative of Sam, a deaf boy doomed to become a chattel, who is adopted by a family. 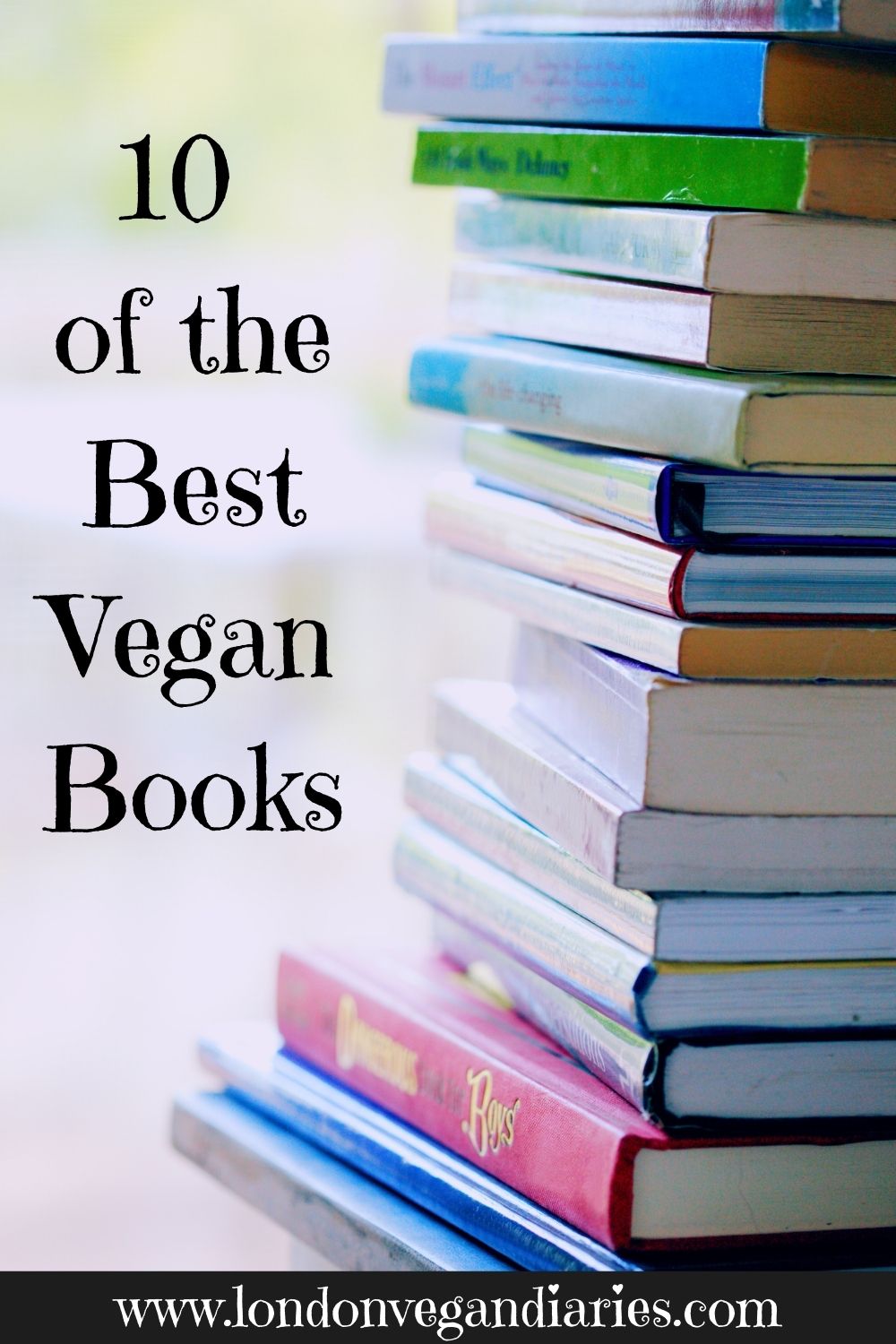 In Millennial Vegan, Casey Taft compiles a guide for millennial vegans (born roughly between 1981 and 1996) who make up nearly half of the current vegan population. The book has sections with advice on vegan dating, personal wellbeing and managing anger. You’ll also find tips for vegan advocacy and recommendations on how to communicate with non-vegan friends and family. It might be written with millennials in mind, but the book is relevant and useful to vegans of all ages.

Striking at the Roots: A Practical Guide to Animal Activism

This book does exactly what it says on the cover: provides a useful guide for animal rights activists. The author consults activists from around the world to bring together the most successful tactics for animal rights advocacy, with advice on how to tackle factory farms, vivisection labs, animal training facilities, fur farms and more. Striking at the Roots offers practical ways to get involved with real-life examples, from leafleting to direct action, and has been revised to include social media as a tool for change.

The Face on Your Plate: The Truth About Food

Author: Jeffrey Masson
Buy The Face on Your Plate

The Face on Your Plate takes a look at the moral side of eating animals and encourages readers to question societal food norms. Written from the perspective of psychoanalyst Jeffrey Masson, the book uncovers how denial stops us from recognising that it’s an animal on our plate. There’s a focus on cruel farming practises such as separating calves from their mothers in the dairy industry, as well as the negative environmental impacts of factory farming.