Animal Rebellion London kicked-off a new wave of protests on 1st of September with a march to Parliament Square. This marked the start of a 10-day action in conjunction with Extinction Rebellion to demand that the UK government addresses the climate emergency and the role animal agriculture plays in destroying the planet. 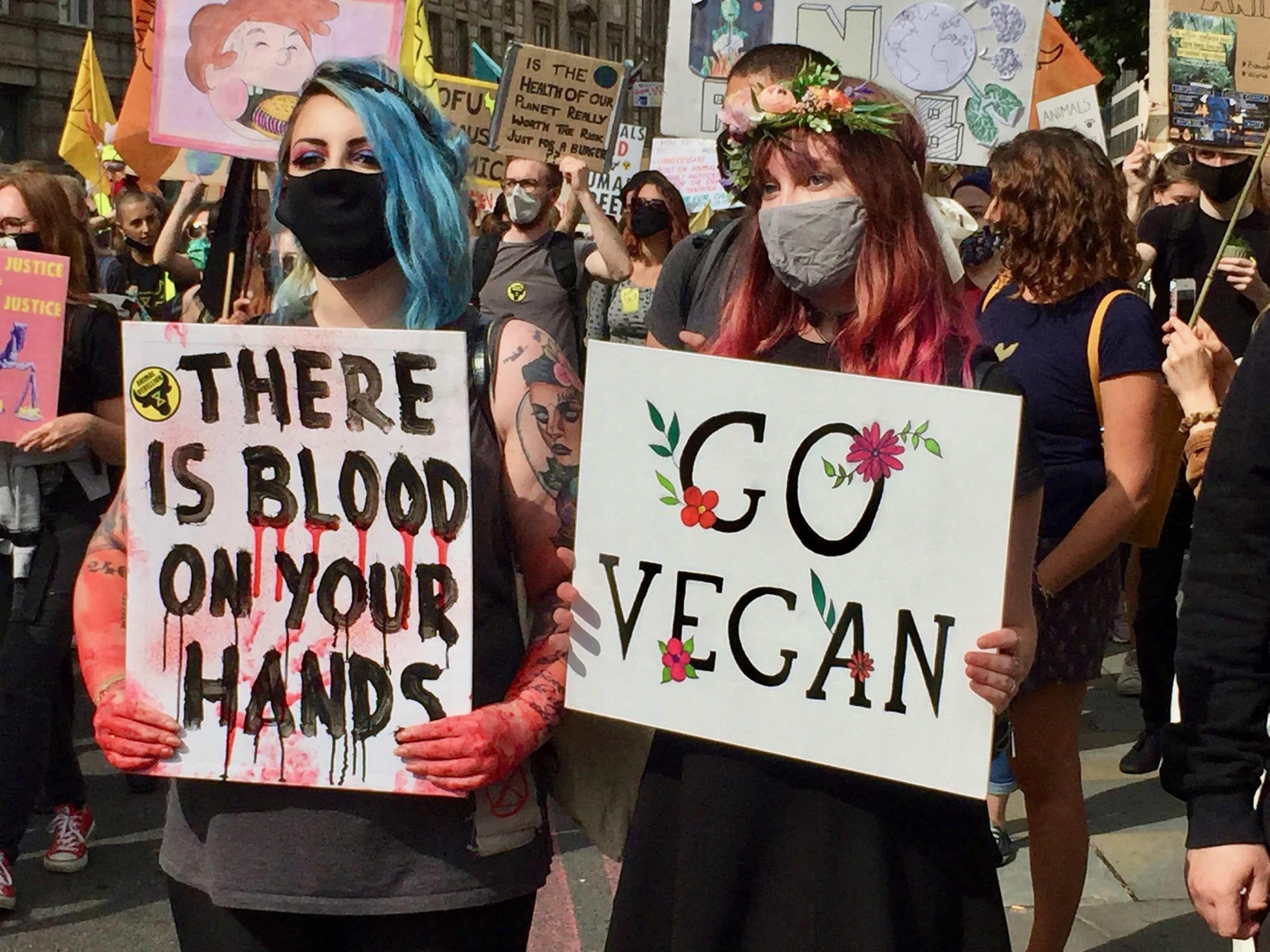 We began yesterday at Smithfield, the UK’s oldest meat market and the site of 2019’s first Animal Rebellion occupation. This year, the action began with an impassioned speech from Jay Wilde, an ex-beef and dairy farmer featured in the BAFTA-award-winning short film, 73 Cows. Jay, who has now switched to plant-based farming and retired his remaining cows, spoke about the brutalities of animal agriculture and the urgent need for change. 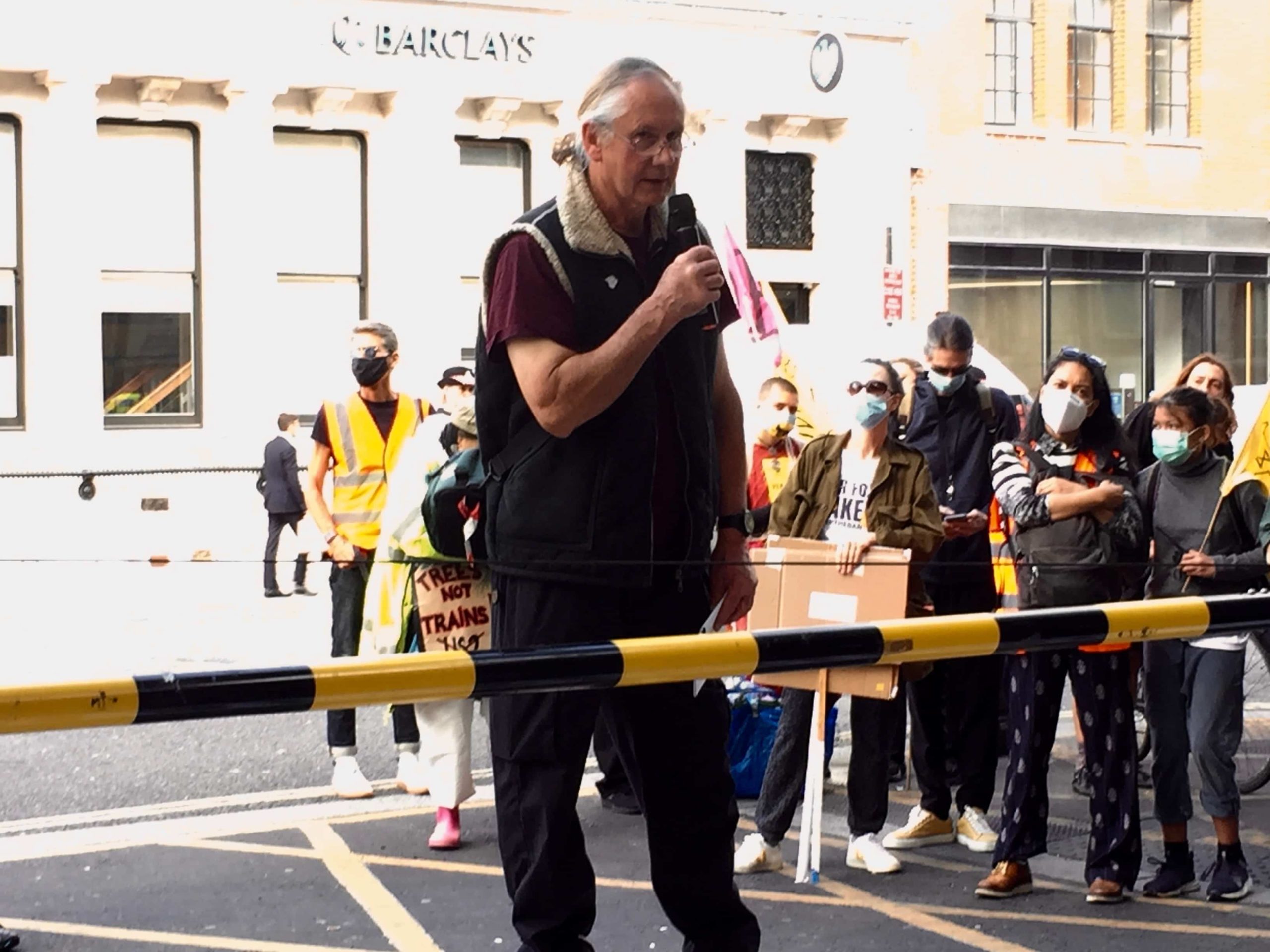 Led by a band, over 500 activists (most wearing face masks) marched from Smithfield Market through the streets of London toward the houses of Parliament. Waving flags and banners, chanting and singing, we were shadowed by helicopters and police. At Waterloo Bridge, activists unveiled a banner that read: “Un-fuck the world – plant based food system.” 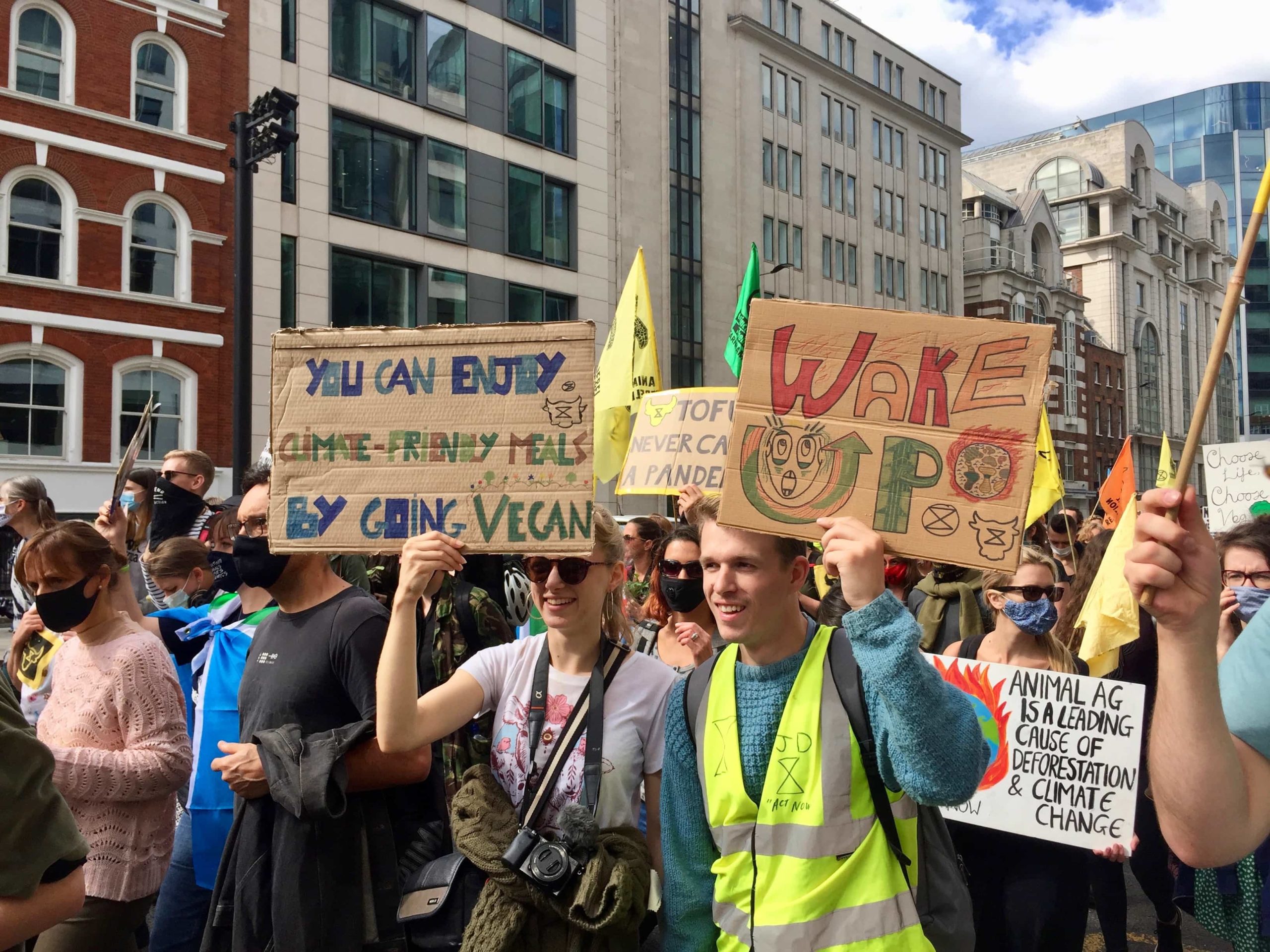 Pausing at Trafalgar Square, Animal Rebellion’s founder, Dora Hargitai, gave a speech and led a die-in before we marched on to Parliament Square. Here, we joined with Extinction Rebellion to bring the message straight to the government, to tell them that they can no longer ignore the climate and animal emergency. 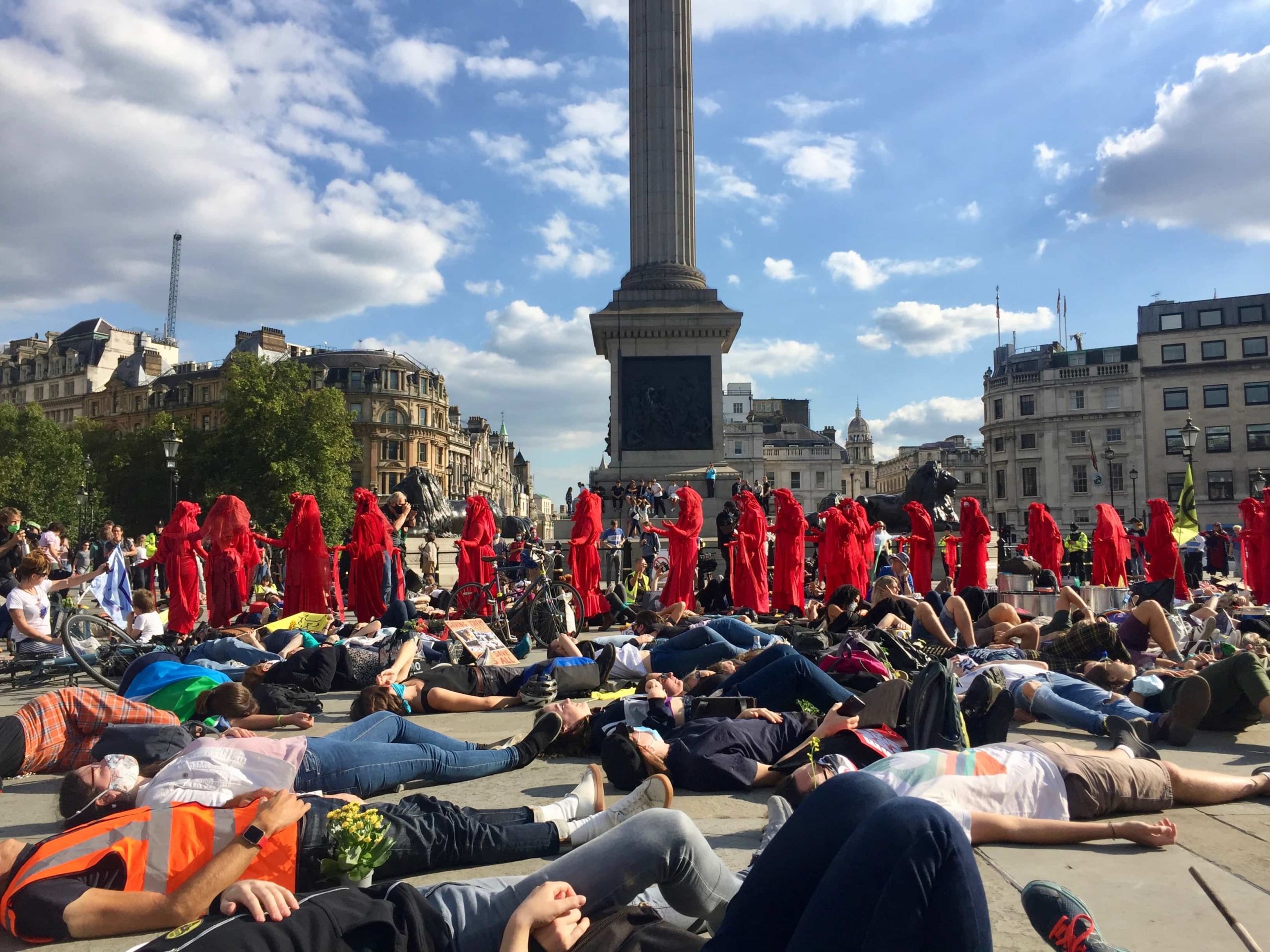 What’s the aim of the protests?

Despite declaring a climate emergency in May 2019, the UK government has done nothing to actually tackle the crisis, which is partly driven by animal agriculture. This inaction is especially alarming given the Covid-19 pandemic, which was caused by humans exploiting animals. If we want to avoid the spread of zoonotic diseases and prevent future pandemics, we have to switch to a plant-based food system. 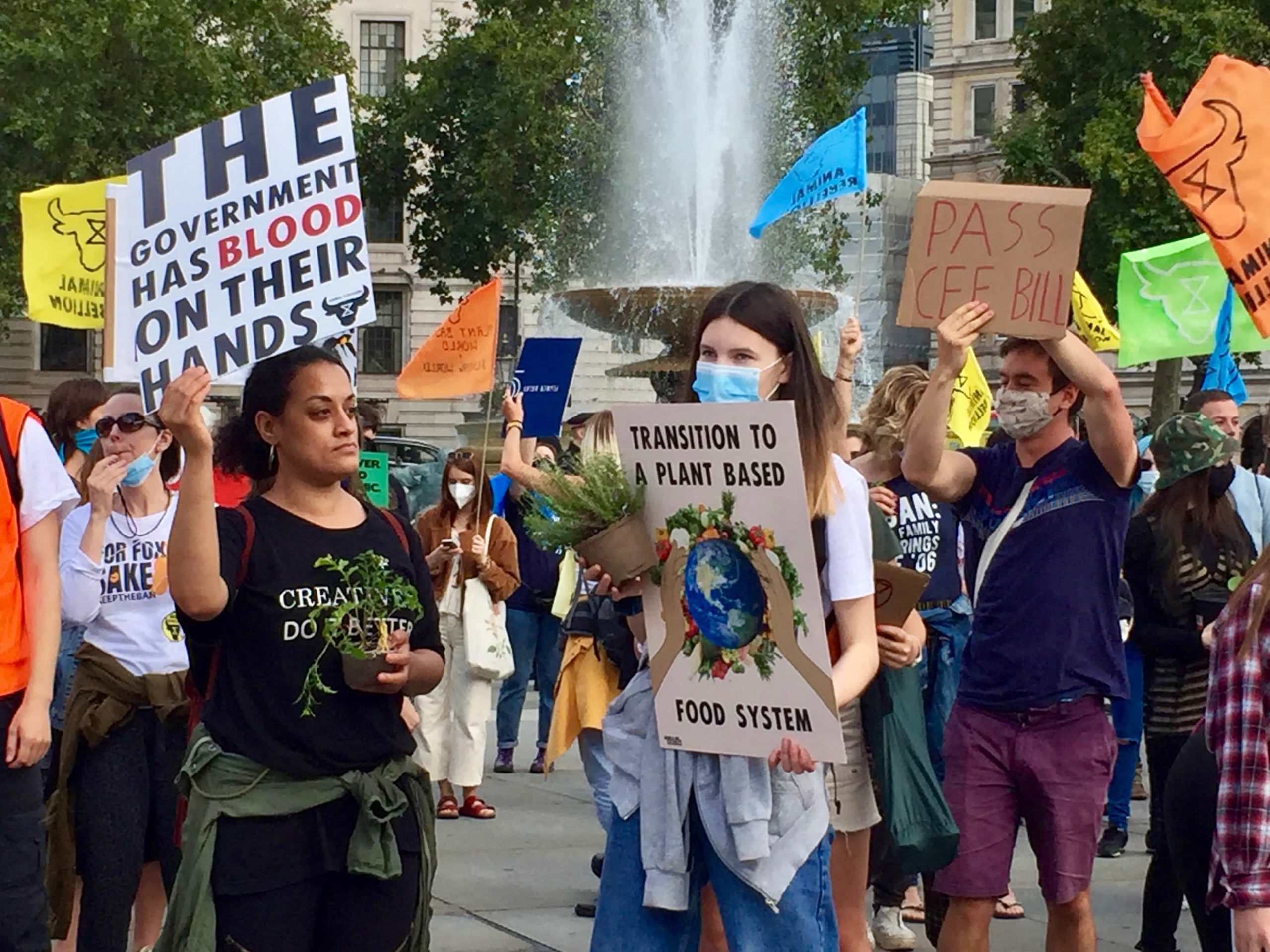 Instead, the UK government continues to subsidise harmful farming industries and promote animal agriculture, profiting in the process. We have just nine years left until the point of no return, until scientists say climate change is irreversible. Animal Rebellion’s key message to the government is: “We cannot avoid environmental collapse without reforming the agricultural system and transitioning to a sustainable, plant-based food system.” 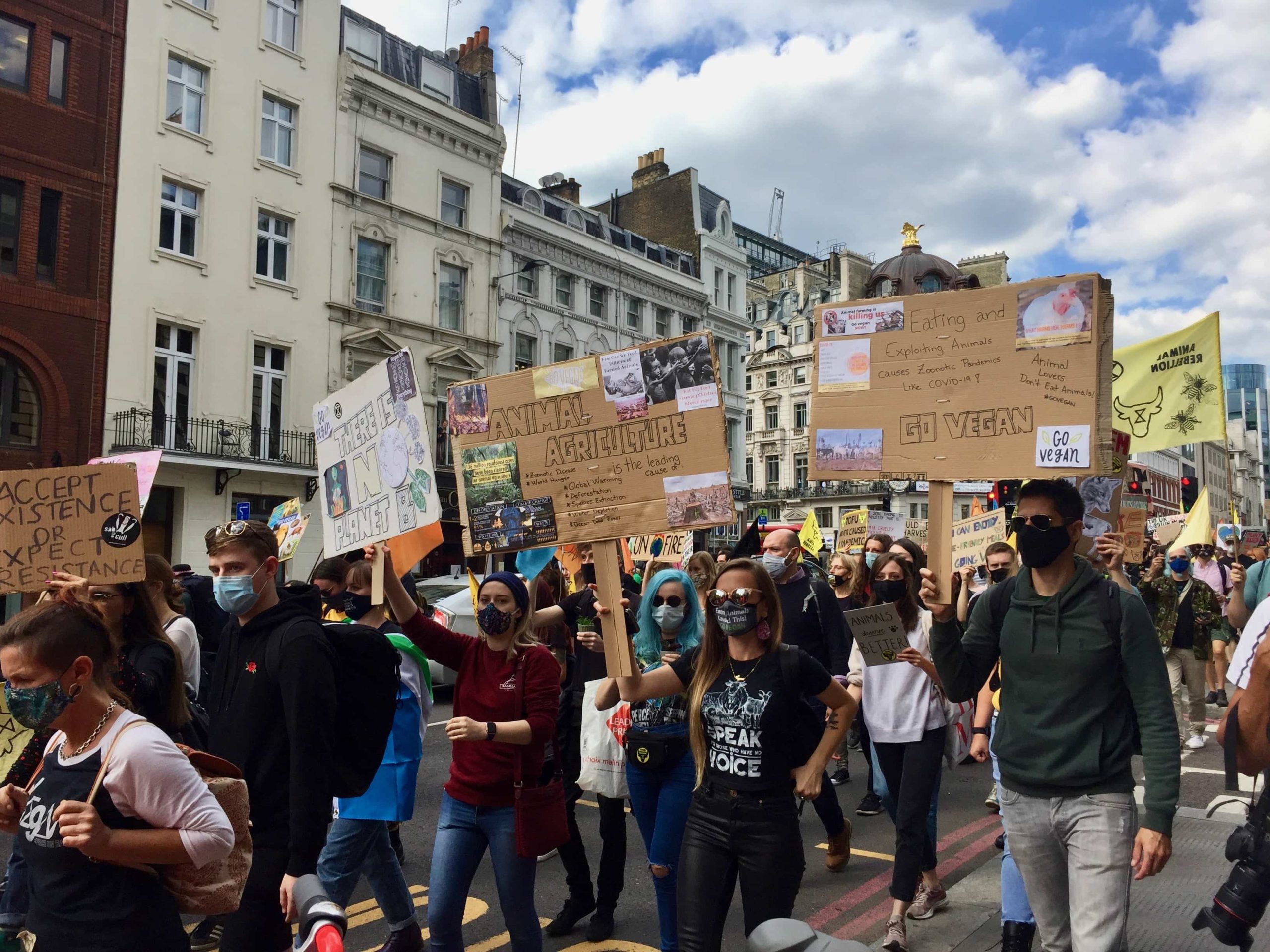 Some of Animal and Extinction Rebellion’s key demands for this 10-day protest are: 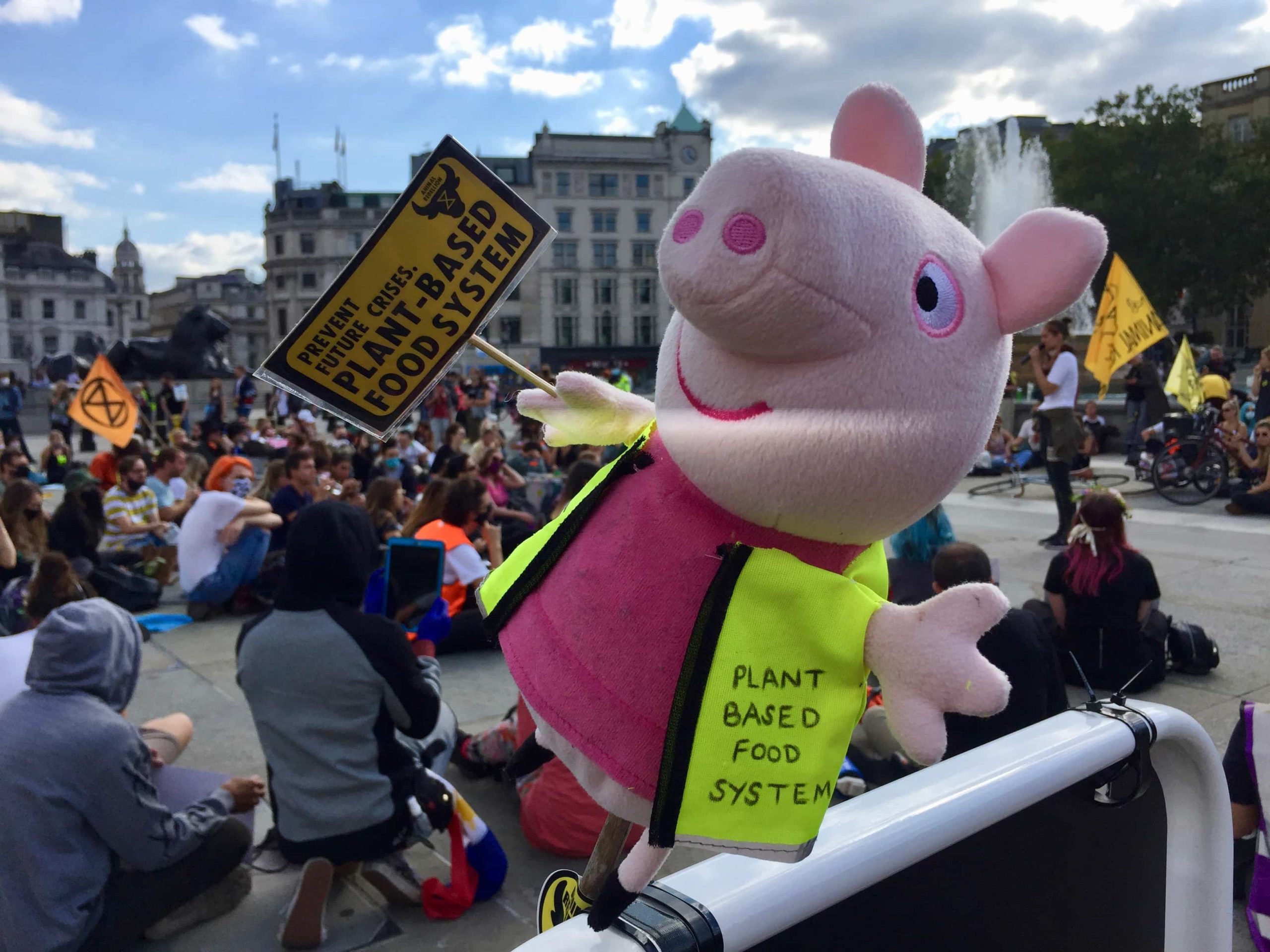 How to join Animal Rebellion in London

Animal Rebellion has several big actions planned for this September protest, the details of which are released on the day. Stay up-to-date with what’s happening via the Animal Rebellion Facebook page and Telegram Broadcast channel. Key events include:

Many activists are camping out and occupying Parliament Square but everyone is welcome to join whenever they can, be it for a single march or action. It’s time to make the government listen. 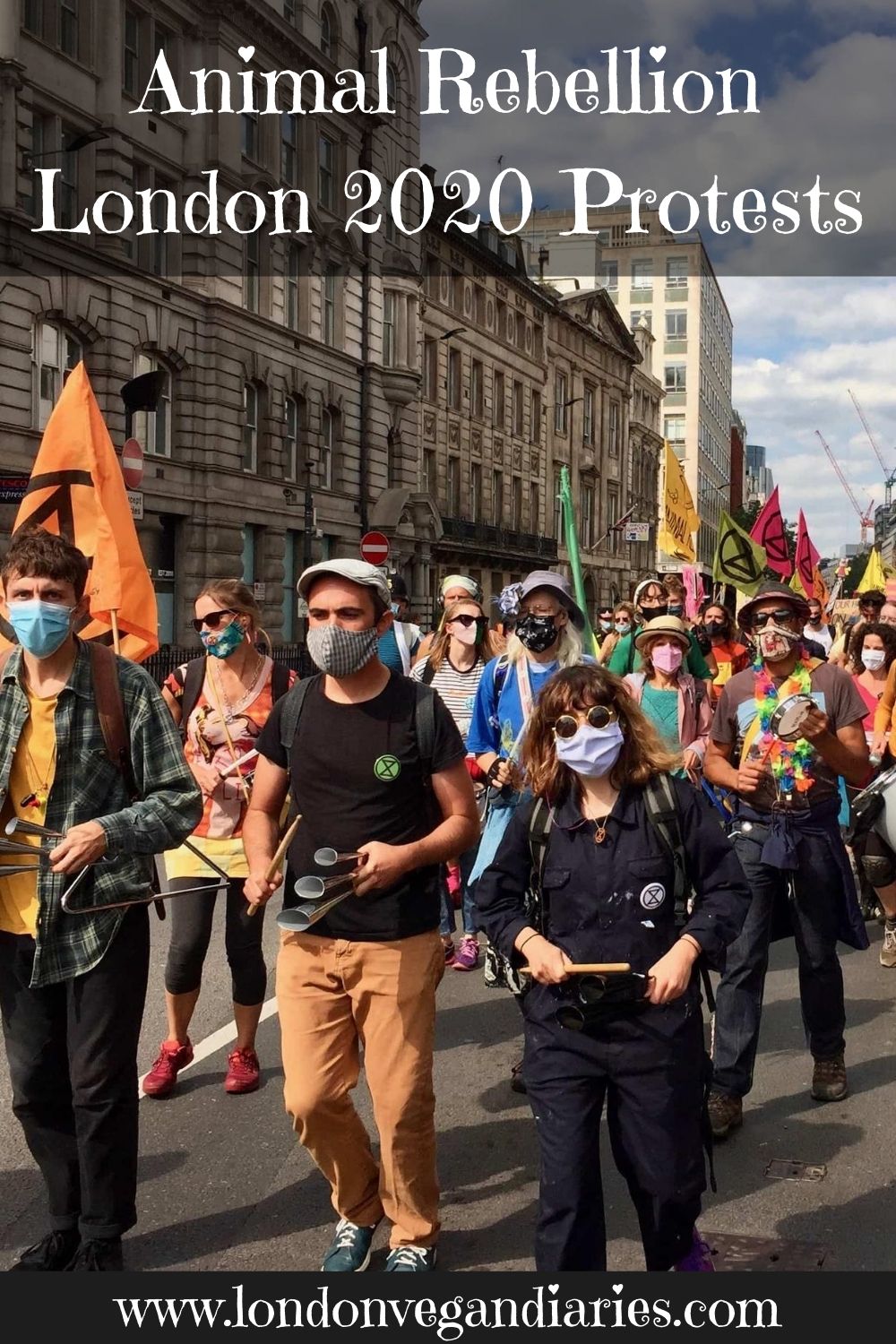