Camden Stables Market is a hotspot for vegan food, from pies to cakes, falafel and Peruvian. If you’re in the area, be sure to try out Rudy’s Dirty Vegan Diner London, which serves up some of the meanest American classics in the capital, including plant-based burgers with all the trimmings, milkshakes and tempting sides. 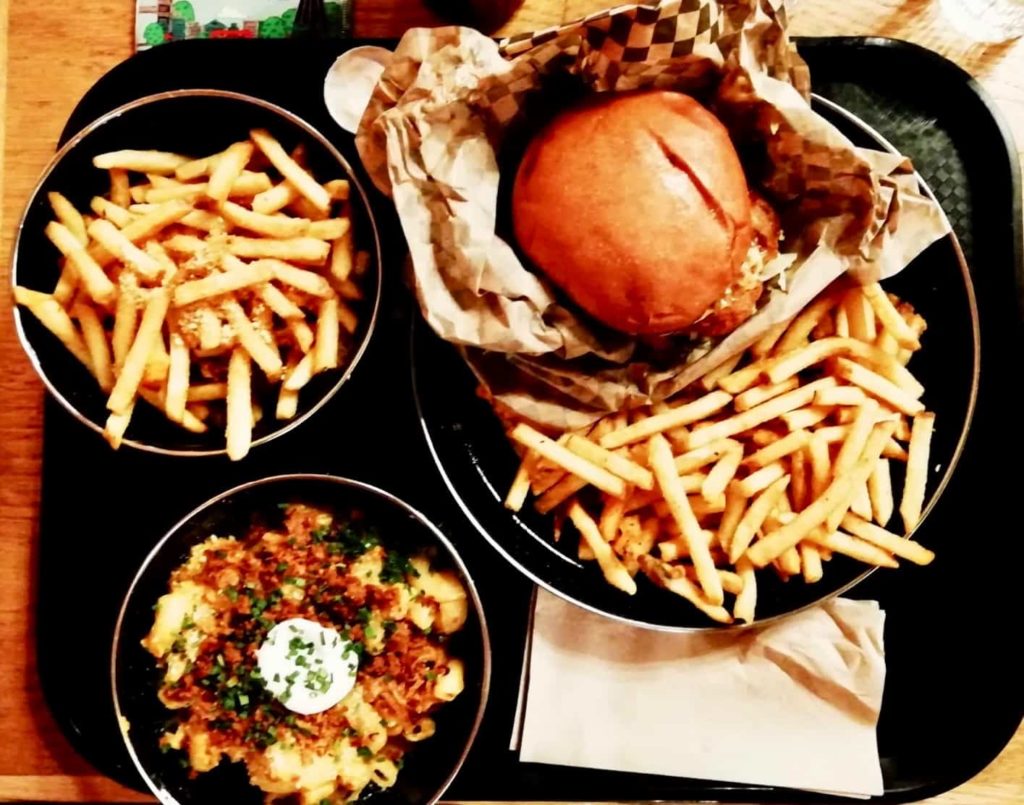 Since opening at Camden Stables Market in March 2018, Rudy’s Dirty Vegan Diner has surged in popularity, so much so that the company is expanding, so expect to see several more branches open across London in future. The quirky diner serves vegan American comfort food, from burgers to sandwiches, milkshakes and hotdogs. 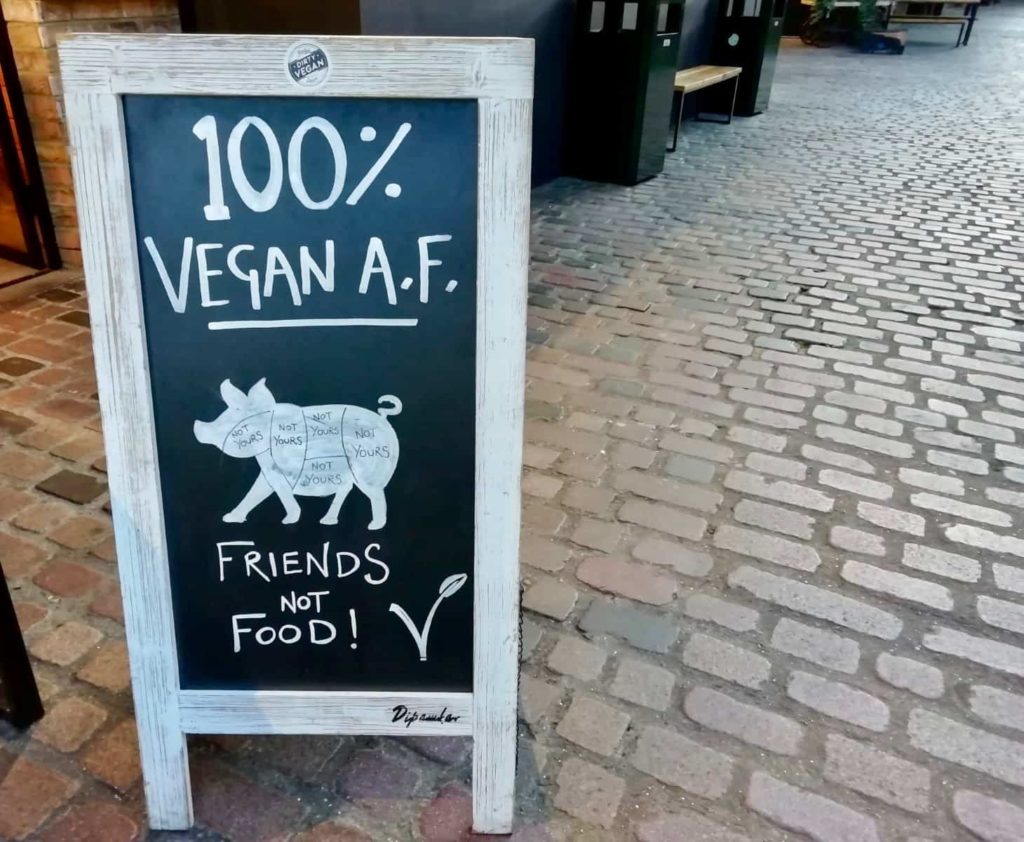 What’s great about Rudy’s is that they make their own vegan meats in-house using seitan to create tasty plant-based beef, chicken and bacon products. The diner has some cute murals on the wall and plenty of space to sit and dine in or takeaway, simply order at the counter and you’ll be buzzed when your food is ready.

How to visit Dirty Vegan Camden

Rudy’s is located in Camden Stables Market, which has an atmospheric street-food vibe and is the perfect place to spend an evening. The diner is now in a bigger space with more indoor seating as well as some outdoor tables. Here are the contact details:

You can also order from Rudy’s Dirty Vegan Diner on Deliveroo.

What’s on the Menu?

You can view the full Rudy’s Dirty Vegan menu here and check out reviews (most are great) on Tripadvisor and Happy Cow. Popular main courses and their prices include: 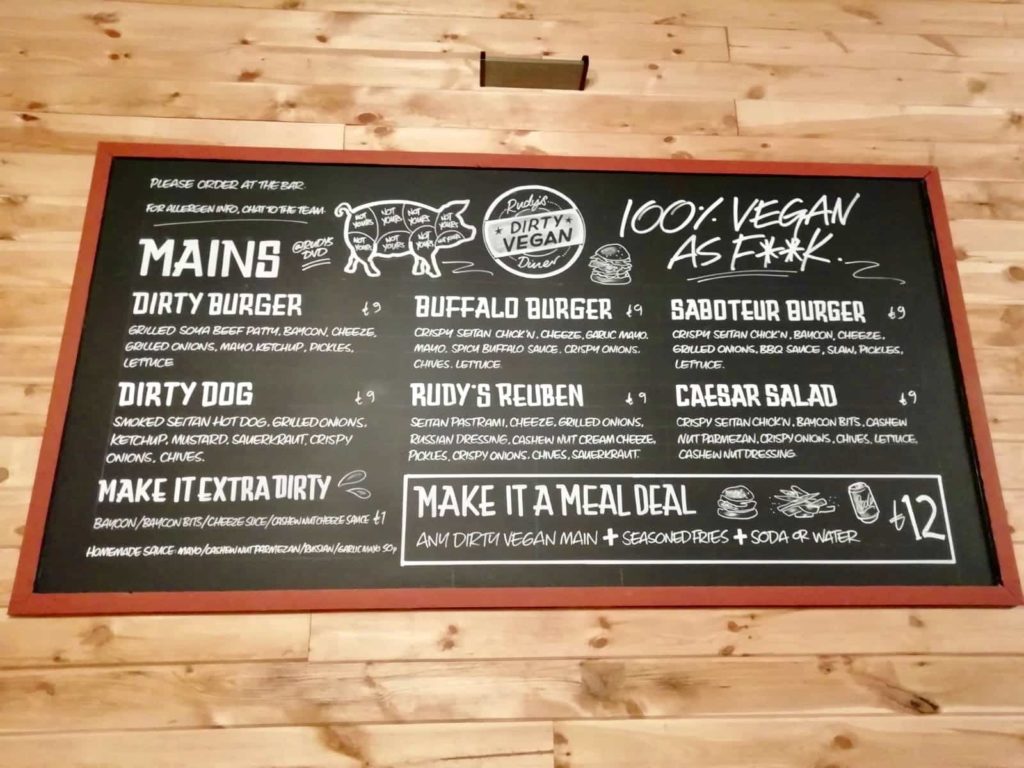 Rudy’s sides and shares include:

You can also buy a variety of Brewdog vegan beers from Rudy’s and soft drinks, as well as a range of oat milkshakes and ice cream.

This one puts a smile on everyone’s face 😁🌈🦄

What I love about Rudy’s

Rudy’s Dirty Vegan Diner Camden offers some delicious plant-based junk food, set in a funky building where colourful murals adorn the walls. You order at the counter and service is fast, albeit not particularly friendly (at least judging by when I last visited). If you’re hungry and craving some filling, no-nonsense vegan junk food, then Rudy’s certainly delivers. 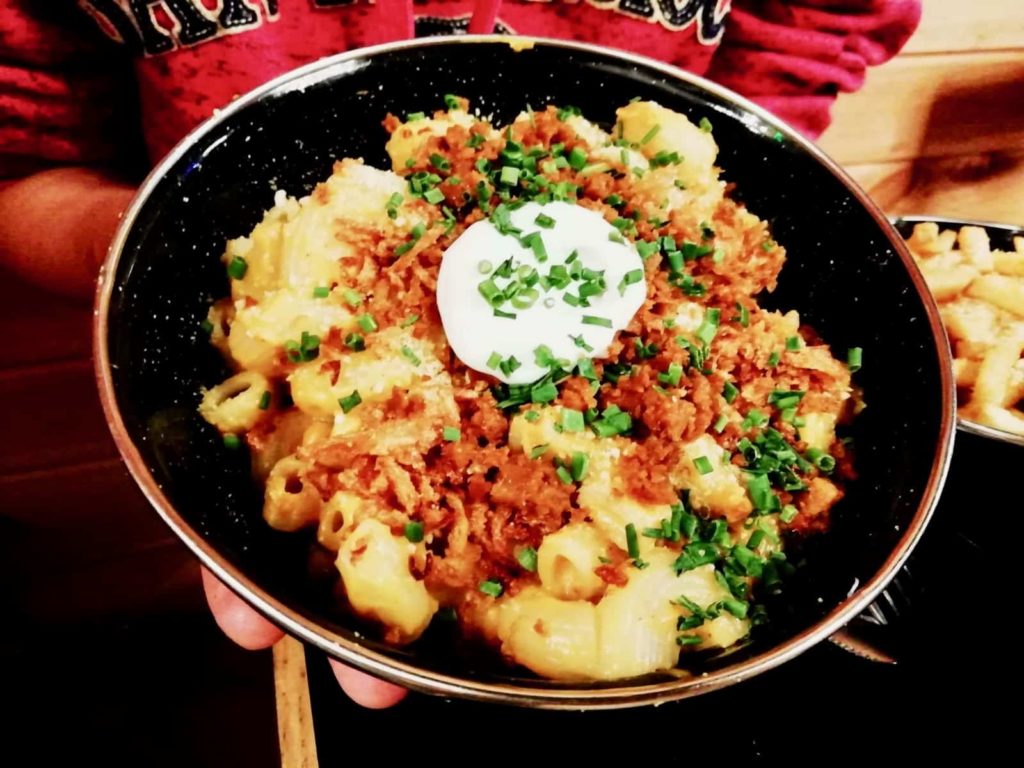 My partner and I have tried the burger, fries and mac and cheese and all were large enough portions to justify the price. While the burger was thick and covered with satisfying toppings and the fries crisp and seasoned, the mac and cheese wasn’t the best I’d ever had and could have done with being saucier and hotter. 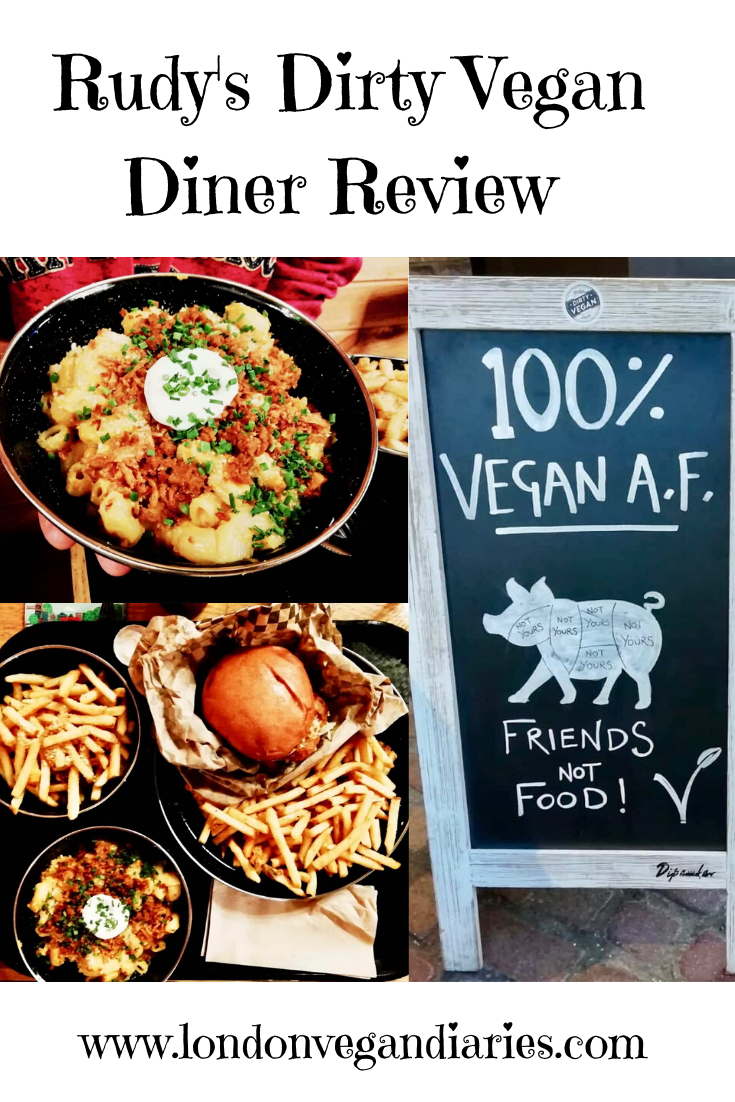 Saying that, there’s plenty to choose from on the menu and next time we’ll definitely give the oat milkshakes a go, as they looked pretty spectacular. The restaurant’s location in Camden is a bonus because you can stop by some other vegan eateries while you’re there – pick up some pies to take away from Youngs for example or grab a cake from Nora and Nama.

7shares
← Vegan Films that will Change your Life Why Join Animal Rebellion? →