Temple of Seitan is the vegan answer to KFC, serving up cruelty-free seitan pieces and burgers fried in a crispy coating. The eatery is one of the best places in the capital to grab a quick bite to eat, offering snack boxes and meal deals, plus cheap prices and big portions.

About Temple of Seitan London

Known to serve perhaps the best Seitan burger in London, Temple of Seitan was launched by a Melbourne couple, Rebecca McGuiness and Pat O’Shea, who started with a stall in Brick Lane. In 2017, they opened the UK’s first vegan fried chicken shop in Hackney during Veganuary, which attracted long queues of vegans keen to try their fried seitan goodies. A second branch now exists in Camden. 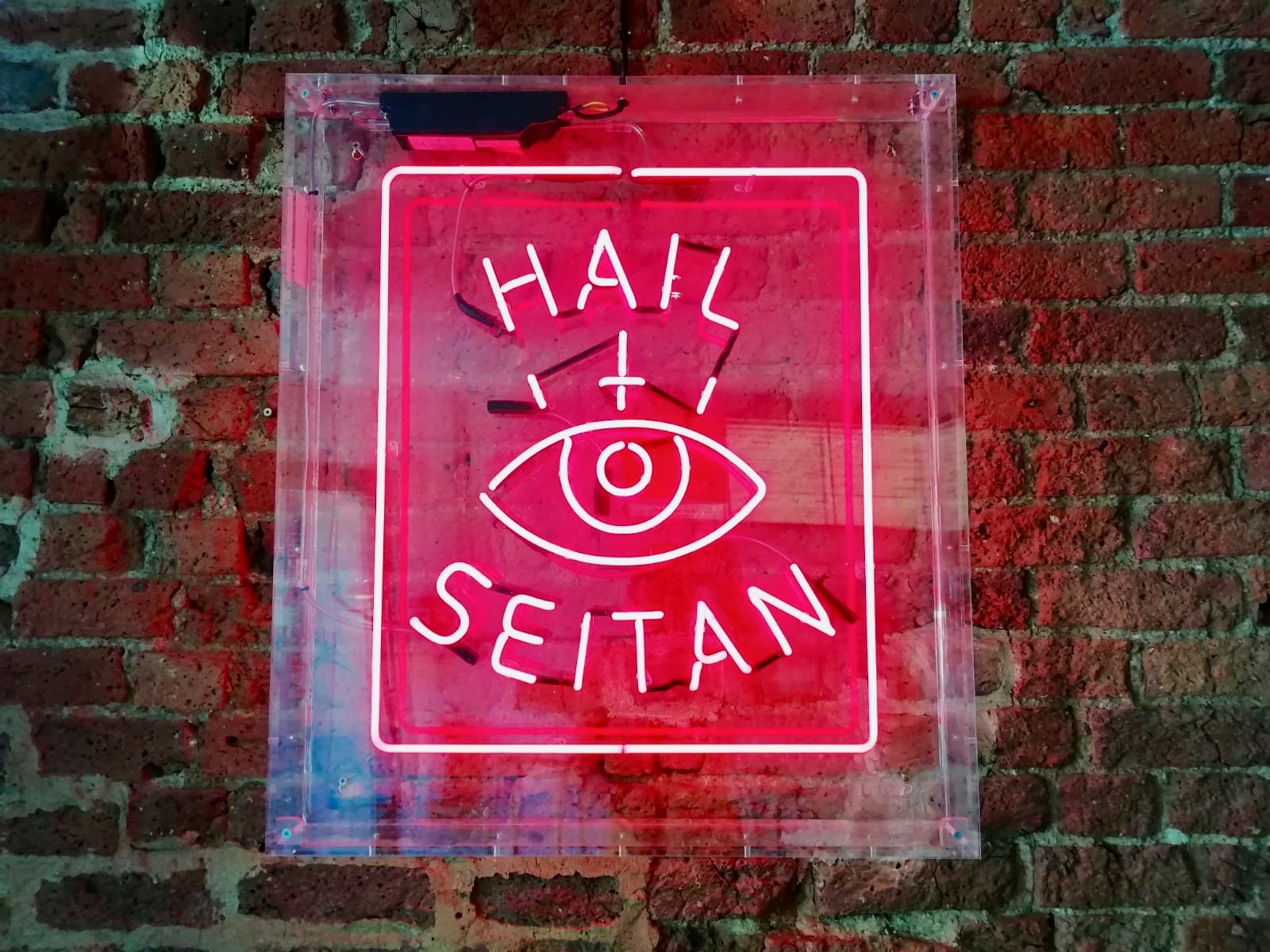 Temple of Seitan has two branches, one in Hackney and a larger one with seating in Camden. You can also order online for collection or delivery from Ubereats and Deliveroo. Here are the contact details for Temple of Seitan:

What’s on the menu?

You can view the full Temple of Seitan menu online and it includes a range of seitan chicken burgers, sides, shakes and sauces. Check out the reviews of Temple of Seitan on Tripadvisor and Happy Cow. The menu features six varieties of burger smothered with various toppings, including:

If you’re not keen on a burger, you can also order seitan chick’n pieces and temple wings, which also come in BBQ, hot or buffalo coatings. The other seitan options below can be made into combo by adding a drink, fries and tots or coleslaw for an extra couple of pounds:

Team your meal with a temple rice milkshake and add a side such as fries or mac n’ cheese to complete your meal. Temple of Seitan has a range of snack boxes which are great value and six vegan sauces to choose from: ranch, chipotle, classic, garlic mayo, BBQ and burger sauce.

What I love about Temple of Seitan

Temple of Seitan is great value, with large portions for less than £10 per meal. The coating is as tasty as I remember KFC being in my pre-vegan days. If you don’t want to support KFC, which now has its own vegan burger, Temple of Seitan is the way to go. Both branches lie in London vegan hotspots, the Camden branch is next to Purezza and just a 5-10-minute walk from Camden Market (check out our Camden vegan guide for more suggestions).