Soho is one of London’s most vibrant areas, a hive of bars, restaurants and theatres. The area is also home to some amazing vegan eateries, whether you’re after Mexican, doughnuts, Indian or healthy plant-based buffets. Scope out the best spots in this vegan Soho guide. 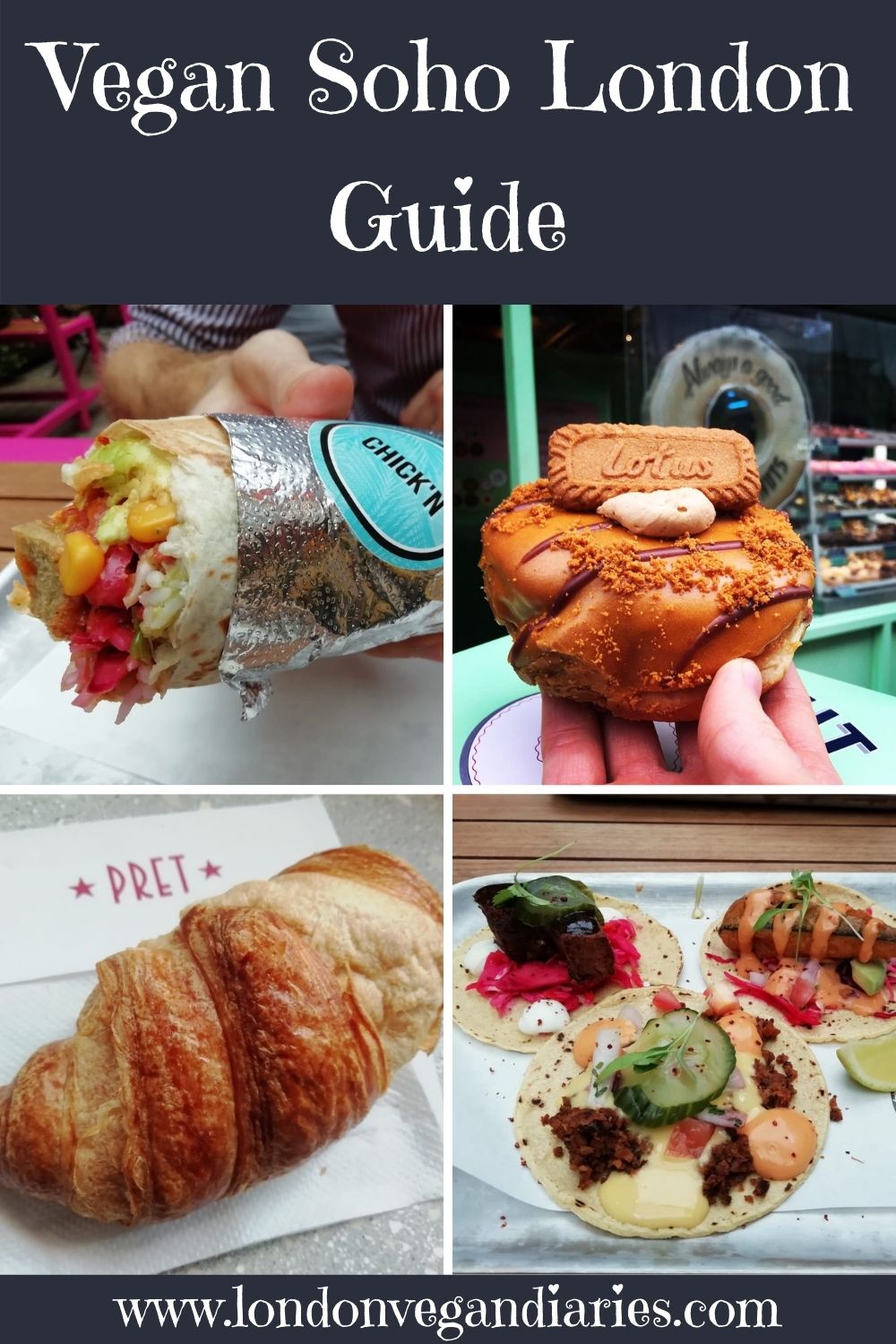 Vegan places in Soho that are temporarily closed

Sadly, some vegan places in Soho are currently closed due to Covid, these include vegan dessert icon Yorica! (although you can still buy their ice cream online) and Indian staple Govinda’s. Norman’s Coach and Horses, a pub with lots of vegan dishes including tofish and chips, is under refurb and only serving bar snacks. Leggero, a gluten-free and vegan-friendly pasta restaurant is due to reopen on the 6th March 2021.

Club Mexicana is one of the newest vegan restaurants in Soho, freshly opened in 2020. The company has, however, been operating at pop-up events and in Covent Garden’s Seven Dials Market for a few years now, serving its popular Mexican vegan street food. The new Soho branch in Kingly Court is the brand’s first permanent restaurant and it certainly makes a statement with its bright pink décor and open-air courtyard with terrace seating. 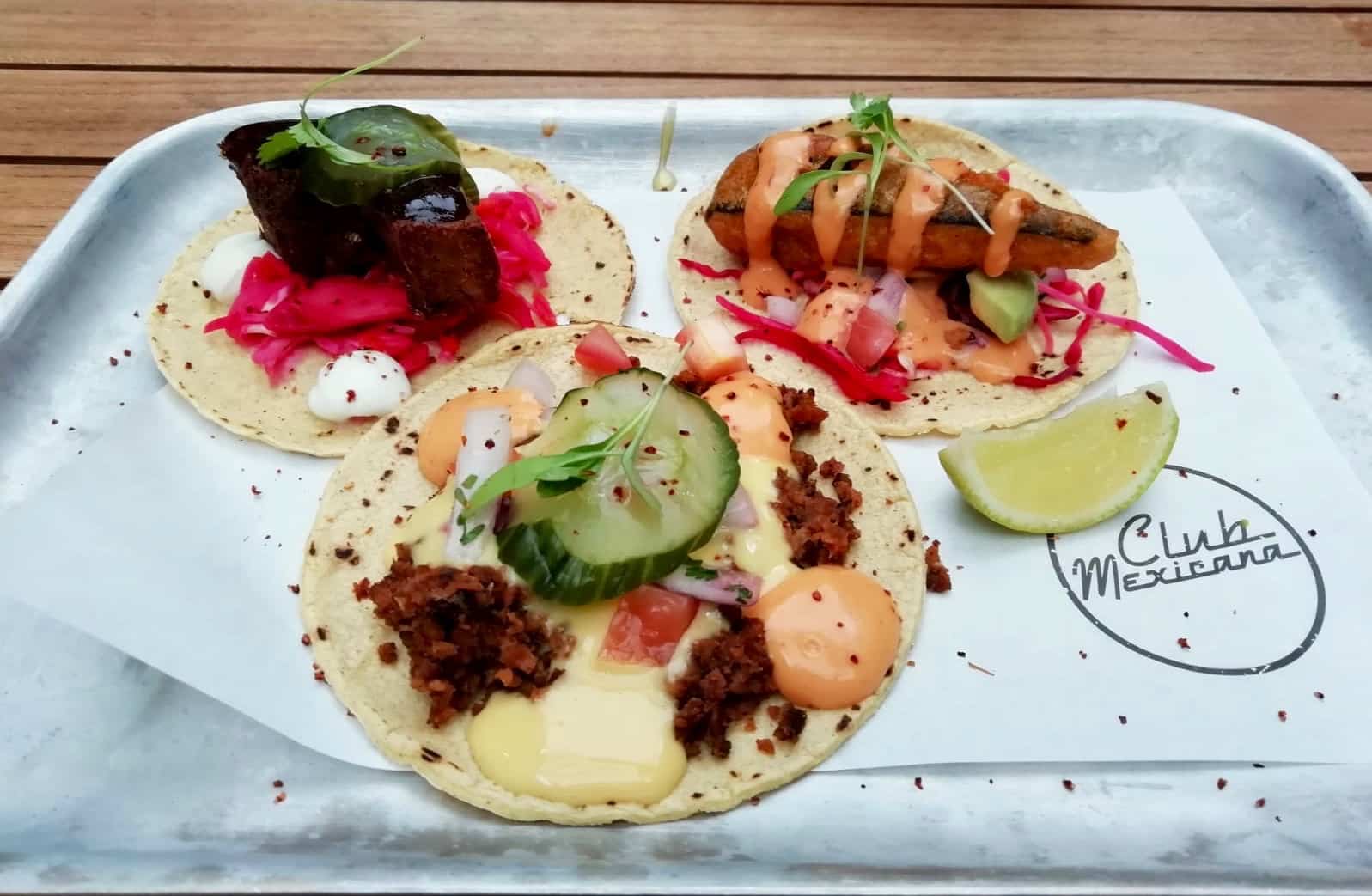 Sip on a frozen margarita or exotic beer while you feast on nachos with all the trimmings and a variety of tacos, including the BBQ short rib, chick’n and avocado and Baja tofish varieties. Club Mexicana is known for its signature cheeseburger burrito, which costs £8.50 and can be ordered as a bowl if you don’t want the wrap. A range of sides are available too, from fries to black beans and a dark chocolate mousse or raspberry sorbet for dessert.

Veggie Pret started as an experiment back in 2016 but was so popular that there are now nine branches of the grab-and-go restaurant chain across London. The Soho branch in Broadwick Street has a generous range of plant-based goodies – not all are vegan but everything is vegetarian. Its vegan bakery items are a favourite and include plain, chocolate almond and berry croissants, as well as muffins, cookies and the vegan hazelnut and caramel brownie. 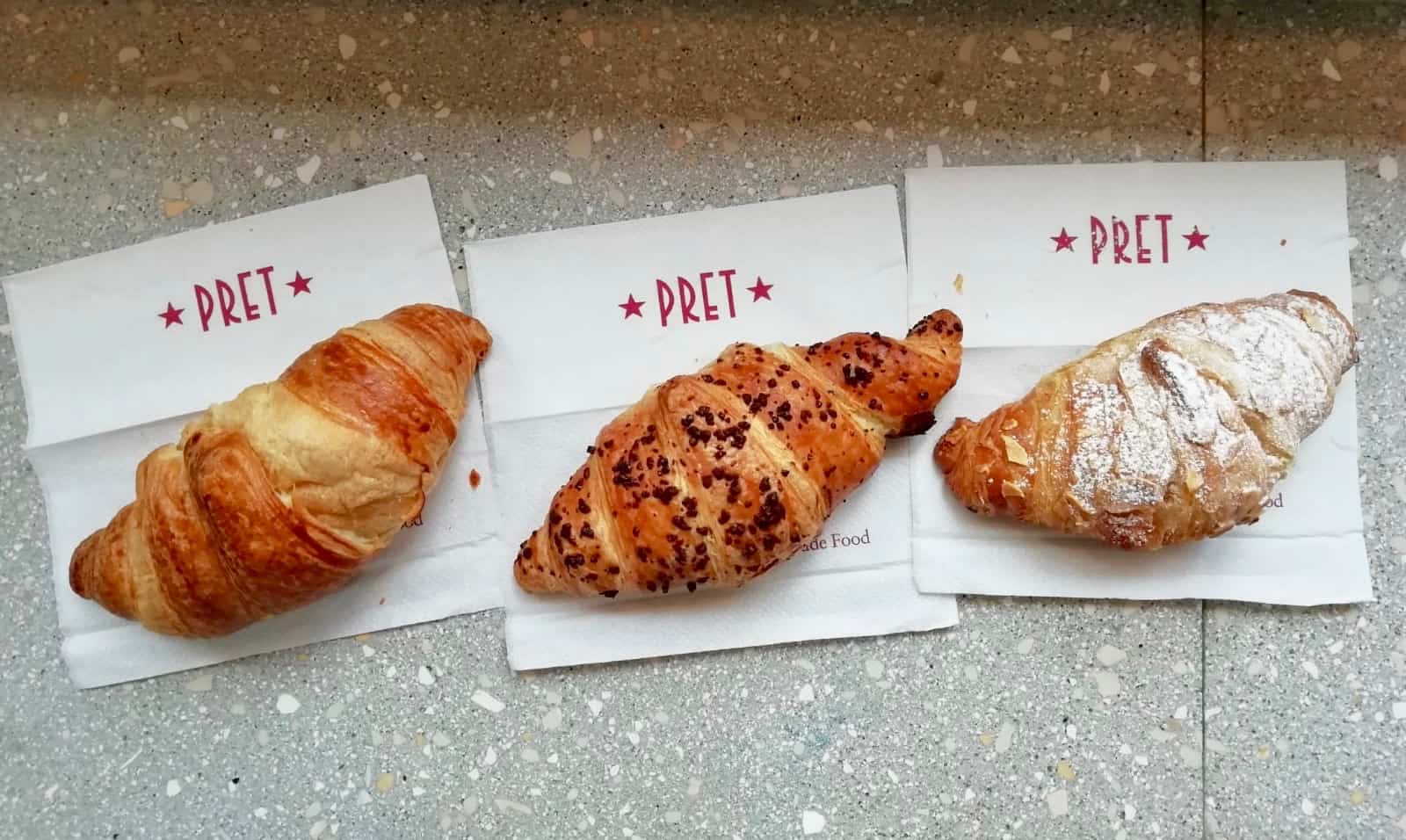 If you need to pick something up for lunch, the cold chillers have loads of vegan pre-prepared options, including the eggless mayo and cress baguette, vegan hoisin mushroom wrap and a breakfast VLT. Healthy options such as poke and smoothie bowls are also available at Veggie Pret, as well as some hot dishes like the vegan mac and greens. Hurry though, as the store is only open until 14.30 weekdays at the moment.

With a Bombay-born owner, Dishoom Carnaby serves up delicious, authentic Indian fare. The restaurant has its own vegan menu and several other branches across London and the UK. The atmospheric eatery is open for breakfast, lunch and dinner. Start your day with some coconut granola or perhaps the full Vegan Bombay cooked breakfast which features tofu, sausages, black pudding, mushrooms, masala beans and vegan buns. For lunch and dinner, there’s a range of favourites such as samosas as well as the Chole-Chawal, a spiced chickpea curry cooked without butter. Don’t miss the creamy basmati kheer rice pudding for dessert.

Grab some vegan dessert Soho style from Doughnut Time. The artisan doughnut chain is relatively new to the area but definitely catches the eye with its stunning window display of huge fried treats with wild toppings and fillings. Originally an Australian company, Doughnut Time first came to London in 2017 and now boasts eight branches in the capital. The ever-changing menu means there’s always something new to try, whether you order a box or buy a single treat for £4.50. 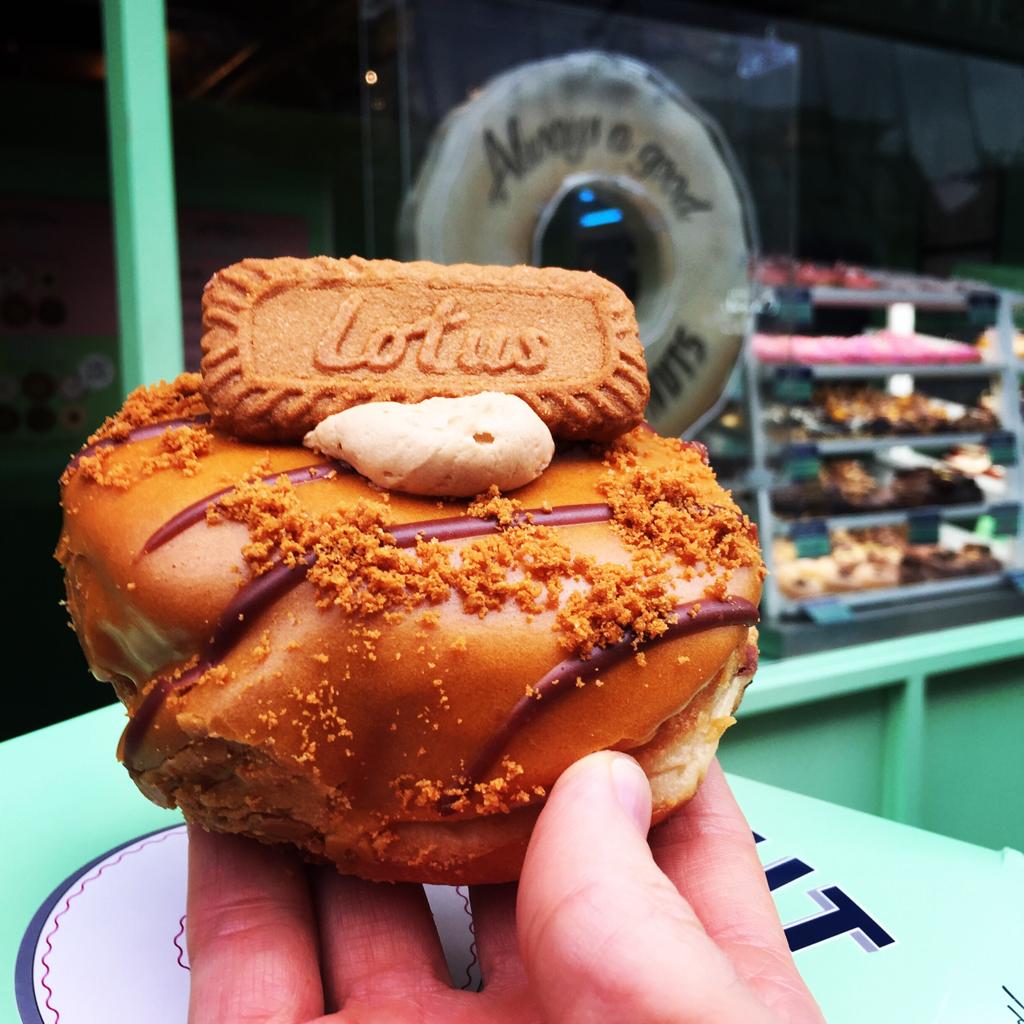 About half of the doughnuts are vegan and all are hand-made, delivered fresh every day. You can check out our review of Doughnut Time here but favourite flavours include the David Hassel-Biscoff, which is filled with Lotus spread and topped with vegan caramel buttercream, caramel glaze and a Lotus biscuit. Other staples include the Liam Hemsworthy, a red velvet doughnut with cookies and cream frosting and cookie pieces.

Mildred’s is the oldest veggie restaurant in the area, launched in 1988, and now serves some of the best vegan food Soho has to offer. The classy restaurant is so successful that it now has branches in Camden, Dalston and Kings Cross. Come to Mildred’s for healthy, plant-based food made from organic ingredients sourced from small businesses. The restaurant is particularly popular for weekend brunch.

A post shared by Mildreds Restaurants (@mildredsrestaurants) on Jul 9, 2020 at 10:53am PDT

Everything on the menu is vegan unless labelled otherwise and there’s plenty of variety. Choose from a selection of burgers, bowls and curries on the all-day menu and pair your dish with an organic juice, smoothie or a decadent cocktail. The breakfast menu features a V’egg Mayo Bap and the classic VLT, as well as banana bread and granola.

If you’re hankering for something healthy, then don’t miss Vantra, which lies on Soho’s Wardour Street near Chinatown. The restaurant specialises in plant-based wholefoods and has a focus on nutrition and sustainability. All the food is made in the restaurant and served buffet-style, featuring a wide range of ever-changing salads, curries, stews and more. You pay by weight for the buffet but there’s also cakes and desserts, as well as a smoothie and juice bar.

Set just across the road from Doughnut Time, Crosstown has something a little bit different: sourdough vegan doughnuts. Flavours include the Tongan Vanilla Bean Glaze and Dark Chocolate Truffle and there’s also a tasty cinnamon scroll. The London chain isn’t all vegan but has plenty of choice, with a dedicated vegan menu of handcrafted doughnuts made with unique jams and fillings. Other options include the Sri Lankan cinnamon sugar, the apple pie and yuzu and passionfruit doughnuts.